I made a highlight video about the WashingCon game convention in Washington, DC. I shot and edited together a fun highlight reel that shows what happened in 2017 and invites gamers to come to the 2018 convention. The music is "Blue Ska" from Kevin MacLeod and is credited at the end of the video.
Posted by Paul Warner Films at 11:02 AM No comments:


I updated the PrezCon Board Game Convention video to make it timeless and to make visual/audio adjustments. I produced, shot and edited this piece using a DSLR camera, Rode VideoMic Pro and Adobe Premiere Pro software. This is a great board game convention and I had great fun filming this one!
Posted by Paul Warner Films at 10:38 AM No comments:


For this version of my reel, I used Adobe Premiere Pro and After Effects to edit this video. Song is "Dream Catcher" by Gyom, licensed through Premium Beats.

Posted by Paul Warner Films at 6:02 AM No comments: 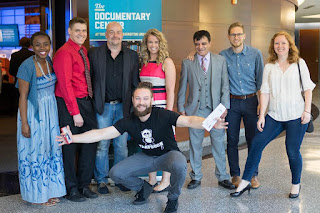 I co-produced an award-winning short music documentary titled Everything Between. The film chronicles DMV musician Ethan Spalding as he seeks to promote his genre of music, Traprock, through a new song, "Panda in the Air." I coordinated logistics of film shoots, organized crews, wrote crew call sheets, supervised the editing process and wrote a scene. Together as a team, we completed the whole production process in two months, meeting every deadline. The film received five film festival selections and won four awards.

Posted by Paul Warner Films at 7:18 AM No comments:

This is my demo reel, spanning many projects I have completed between 2015 and 2017. I used Adobe Premiere Pro to edit the footage together and used After Effects at the very end of the video to credit the footage in the reel as my work. The music is "Dream Catcher" by Gyom, licensed through PremiumBeats.
Posted by Paul Warner Films at 3:15 PM No comments: 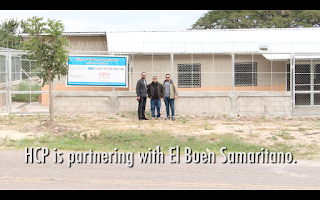 I filmed and edited a video for Honduras Compassion Partners about building a relationship with a medical clinic close to HCP's Honduras headquarters. I filmed the footage using a Canon DSLR camera, scripted the video to meet HCP's message, and edited the video using Adobe Premiere Pro. The video is designed ideally for social media at less than 2 minutes long and can be understood without sound playing.
Posted by Paul Warner Films at 12:30 PM No comments: 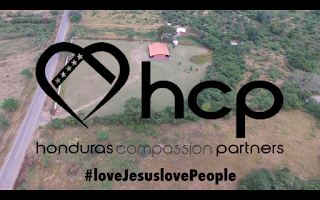 I went to Honduras with a church mission team to film and capture footage for a future documentary and for a promotional video for the nonprofit Honduras Compassion Partners. I shot the footage on a Canon DSLR camera, edited in Adobe Premiere Pro and gathered audio on a Sony wireless lav system combined with a Rode VideoMic Pro. I also obtained drone footage from a Honduran drone operator and edited the footage together with the DSLR footage. The music is from incompetech.com, "Laid Back Guitars" by Kevin MacLeod.
Posted by Paul Warner Films at 9:59 AM No comments: